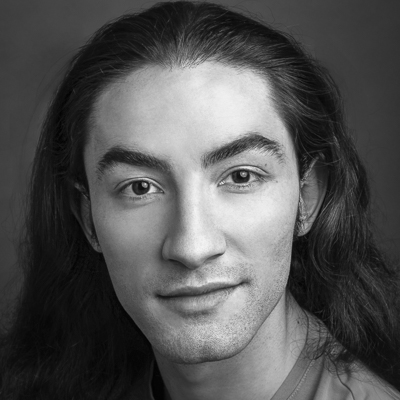 Daniel Tejeda is a born Mexican actor, singer and songwriter, living and performing in Germany. He’s been doing musical theatre since the age of 13 and toured the world at 17 with his ﬁrst professional musical: “Anjou: a tale of horror”, which was the ﬁrst Mexican musical to ever perform at the New York Musical Theatre Festival 2009. He moved to Austria in 2012 to follow his passion and study for 4 years to receive a BA in Musical Theatre from the Conservatory of the State of Vienna in 2016. He has performed for the Vereinigte Bühnen Wien and recently ﬁnished his tour with Stage Entertainment’s Sister Act through Germany. This year will see the release of Daniel’s ﬁrst solo album “Romance Sonámbulo”, which compromises totally different musical genres from Progressive Rock to Latin, Flamenco and Pop music, as well as songs written in Spanish, German and English. A truly unique and rare piece of cultural mixture and inﬂuence inspired by the most famous poem from Federico García Lorca, poem which is homonym to the album. To ﬁnd more information about the album and support its release go to: www.fundrazr.com/danieltejeda