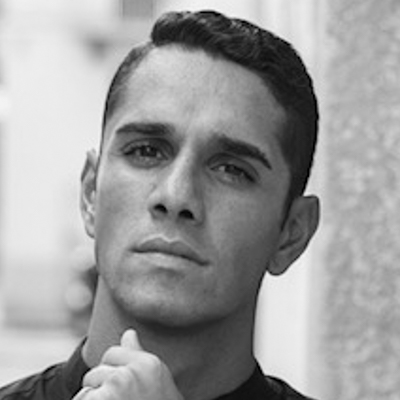 Domenico Poziello is an Italian actor, singer, acrobat and performer, born in Naples. He started to study drama at Accademia Arti Performative Roma Capitale, where he graduated in 2013. His first work like a performer, it's for "Movieland Park" in 2015 which is a Cine-theme park in Italy. He performed the part of Nikola Tesla in "The Illusionist beginning"; Sheriff Bill in "Wild West Show" and Major Yaschin in the "John Rambo Stunt Show" through the whole year 2015 and in the same season he played in “Radio Viva Fm Events" as acrobat (aerial hoop). During the year 2016 he sang main roles for the italian company "ALL CRAZY SOLD OUT PRODUCTION FAMILY SHOW” as the Beast (Beauty and The Beast), Aladdin (Aladdin), Simba (The Lion King), Smee (Peter Pan) by the direction of Maurizio Colombi and Michele Visone. In 2017 he worked like Performer and entertainer for René Meusel director of Crystal Performances for "About You Event" in Hamburg. From May2018 untill now he is playing again in "ALL CRAZY SOLD OUT PRODUCTION SRL" man role / Solist. In 2019 he is still performing in Opera Theatre Bonn in WEST SIDE STORY/ Role: Pepe (Shark) /Reg. Eric Petersen Choreo. Sabine Arthold.