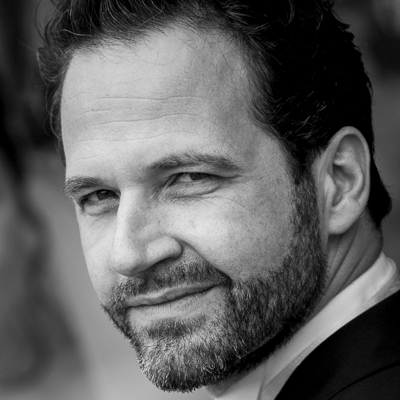 Micha van de Weg had a musical upbringing and already started playing the violin at the tender age of 5. As a teenager he decided to take up singing through singing classes and as a lead singer in several bands. After finishing his secondary school, he studied at the Enschede (Netherlands) Conservatorium of Music and participated in various master classes. He started his professional career in 1999 when he played his first leading role in the premiere of the musical „Goodbye Klein Amerika“ in Nordhorn, Germany. Followed by a leading role in the premiere of the musical „Crash“. In 2005 he made it to the Dutch television music show „Una Voce Particolare“ where he performed "Why god, why?" from the musical "Miss Saigon". In the same year he started as a soloist in the Europe-tour of „Fire of Dance“ and after that he toured Europe as a soloist in „Die Nacht der Musicals“ for 3 years. In 2004 Micha started as lead singer for a U2 Tribute band in the Netherlands. After several bands in the Netherlands and Germany he is currently the "Bono" of Germany's biggest U2 tribute band "Achtung Baby". Since 3 years Micha is back on tour again with "Die Nacht der Musicals".